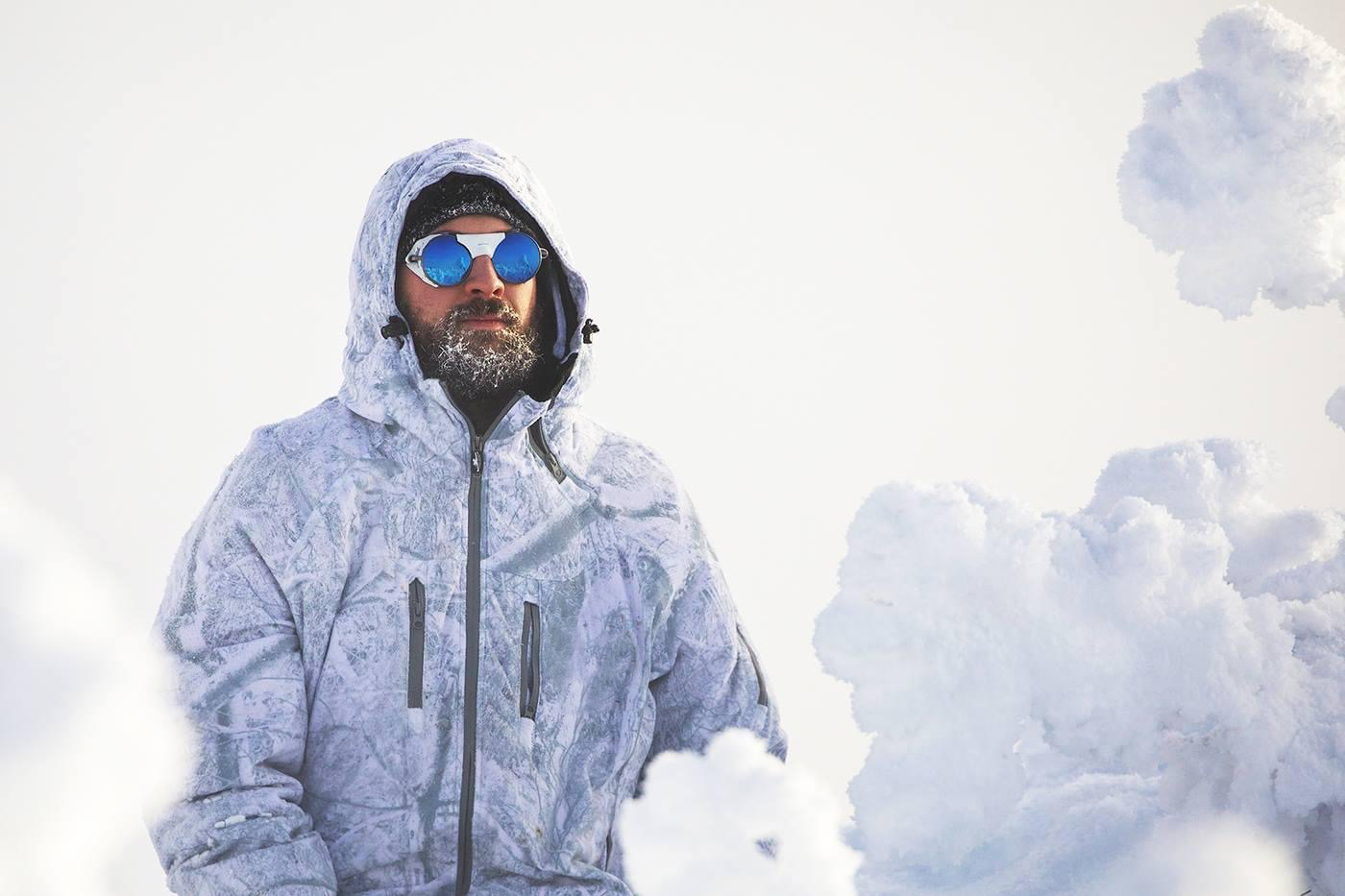 Jean-Simon Bégin is a professional painter and wildlife photographer from Quebec City. Active in these two disciplines for more than 15 years, he has participated in some sixty solo or group exhibitions and has received more than fifty awards in Canada and internationally. He is considered one of the most influential photographers in Canada. In 2022, he was named Canadian Wildlife Photographer of the Year by Canadian Geographic.

To date, over 1250 paintings and photographs bearing his signature have been acquired from collectors. A permanent artist with two prestigious Quebec gallery owners for several years, he launched his independent career in 2019 and inaugurated his studio-gallery. That same year, he founded a publishing house, Ookpik, to publish his first photographic art book, Contemplation, about Quebec wildlife in the winter context. The book sold over 2000 copies in less than two years. Solstice will follow in 2021, a monumental 300-page book illustrating the story of the longest sunny day of the year. The artist is currently working on his third book which will be about Nunavik.

Jean-Simon reaches tens of millions of subscribers annually through his various platforms. He acts as a content creator and shares all of his adventures free of charge to the greatest number of people.

With his work, he tries to raise awareness and educate the population about the fragility of biodiversity and the importance of saving it.

From a very young age, Jean-Simon was involved in the world of art. A pottery workshop occupied a room in the basement of the family home located in the suburbs of Cap-Rouge. The young man's mother was an artist and art teacher. As a result, he had the chance to learn the rudiments of drawing and clay, and then came a natural affinity for the piano. He therefore took classical lessons for many years. This instrument was a great catalyst for the overflowing energy of the young artist for whom creation seemed instinctive.

Inspired by his father and George Brossard, he developed a fascination for insects and started his own collection; his first specimens came from his parents' backyard and the surrounding woods. He maintained this passion with his best friend, which led him to spend sleepless nights watching light traps and waiting for the rarest species to arrive. At the time, the neighborhood where he lived was surrounded by several swamps and forests, so he had the chance to explore this small wild world and discover many treasures. It was this environment that gave him a love for nature, an environment that has now almost entirely disappeared in favor of large urban developments, which deeply saddens the young explorer still present in him. 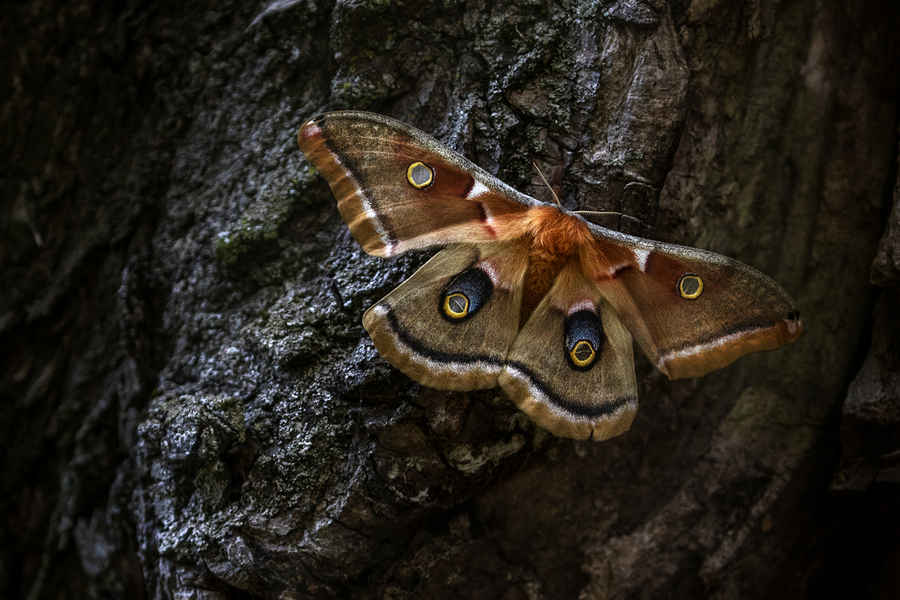 Photo credit: Jean-Simon Bégin, image of an American Polyphemus coming from a breeding that Jean-Simon realized. About thirty of these butterflies were then released in the wild.

A little later, at the age of 12, he came into contact with photography in a more concrete way. One day, his father, an agronomist, brought home a digital camera, one of the first models available. These cameras were far from being efficient, but seemed to offer a new world of opportunity. In the yard of the family home, a small stream meanders and several species of animals seem to enjoy the tranquility of it. It was in this familiar setting that Jean-Simon captured his first image with a camera: a mallard duck in flight. Both his parents were impressed by the picture and had it printed. This image was a turning point for him, as it was from this moment that his photographic journey began. 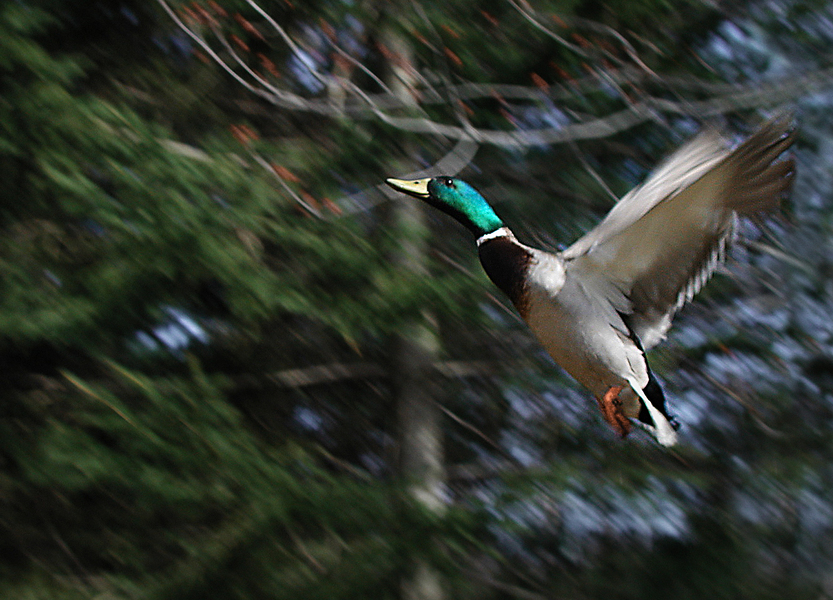 Image that Jean-Simon captured at the age of 12 with the first generation of digital camera. A passion was born from this picture...

During his teenage years, drawing still occupies much of his time while classical piano gives way to a rock band. As far as photography is concerned, he practices it at any occasion, as soon as he finds himself in nature. A school teacher noticed his potential and suggested that he create postcards with his nature images. This opportunity marked the young entrepreneur and sowed the seeds of a great idea in his head. Throughout his school career, he was supported and encouraged by his teachers, but especially by his parents to continue in this direction.

It was in college, while studying graphic design, that he realized an art project that changed his life. The project consisted of creating an original work inspired by a well-known painter. To do so, he chose the artist that inspired him the most at that time: the great Jean-Paul Riopelle. Having already had the chance to experiment with a variety of mediums at the family home, he tried oil painting with a spatula for the first time. His canvas, of abstract style, allows him to awaken a hidden talent and especially an affinity with this unusual and difficult to tame tool.

Jean-Simon posing in front of the work "Le brulis II", completed in 2019.

A few years later, the artist offered his first solo exhibition to the public and the 15 paintings that were part of it were sold in a short time. After two years of study, he leaves the graphic design program to satisfy his desire to discover the world. Under the threat of the destruction of ecosystems, he feels the urgency to realize a childhood dream, that of exploring the jungles of South America. For more than a year and a half, he criss-crossed Latin America from Mexico to Argentina. From country to country, he captures images of the fauna crossing his path, performing at the same time photographs in scuba diving. The Galapagos Islands are a highlight of the trip. This place, inspiring his greatest dreams of biodiversity, turns out to be a great ecological disaster: the 27,000 inhabitants of the islands burn all their waste and the picture painted is sinister. This great journey that was to continue for another year ends in Vietnam, from where he had to return for family reasons and the great need to find his home: Quebec and its forest that he knows so well. 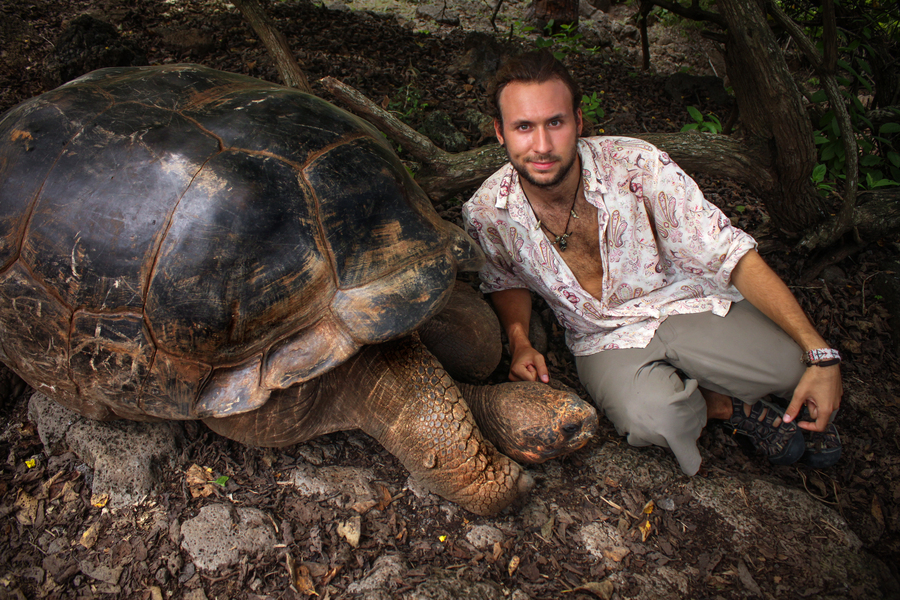 Jean-Simon posing next to George the Loner in the Galapagos Islands. Georges died without descendants on June 24, 2012, at an estimated age of over 100 years

As soon as he returned home, he devoted all his time to his career as a painter and photographer, music having then taken a more secondary rank and that he practiced only as a hobby. Over the next few years, he devoted himself to these two professions, in addition to working in the restaurant business to finance his ventures.

The creator lives well from his painting and has many exhibitions. However, photography brought him little income and required considerable investments each year. Working relentlessly during the day, evening and weekends, it was several years later that he was finally able to devote himself full time to his two passions. Jean-Simon's story is one of perseverance. He never lost sight of his goal of living from his passions, despite the countless obstacles and setbacks that life imposed on him.

In recent years, Jean-Simon has become one of Canada's most recognized photographers and wishes to inspire as many people as possible to take the environmental cause to heart. Having experienced the loss of natural territory himself, he wants the world to understand the importance of biodiversity conservation. He has been specializing in the northern wildlife of Quebec for several years and has recently been exploring Nunavik, where he wishes to share its unique culture and biodiversity with the world. 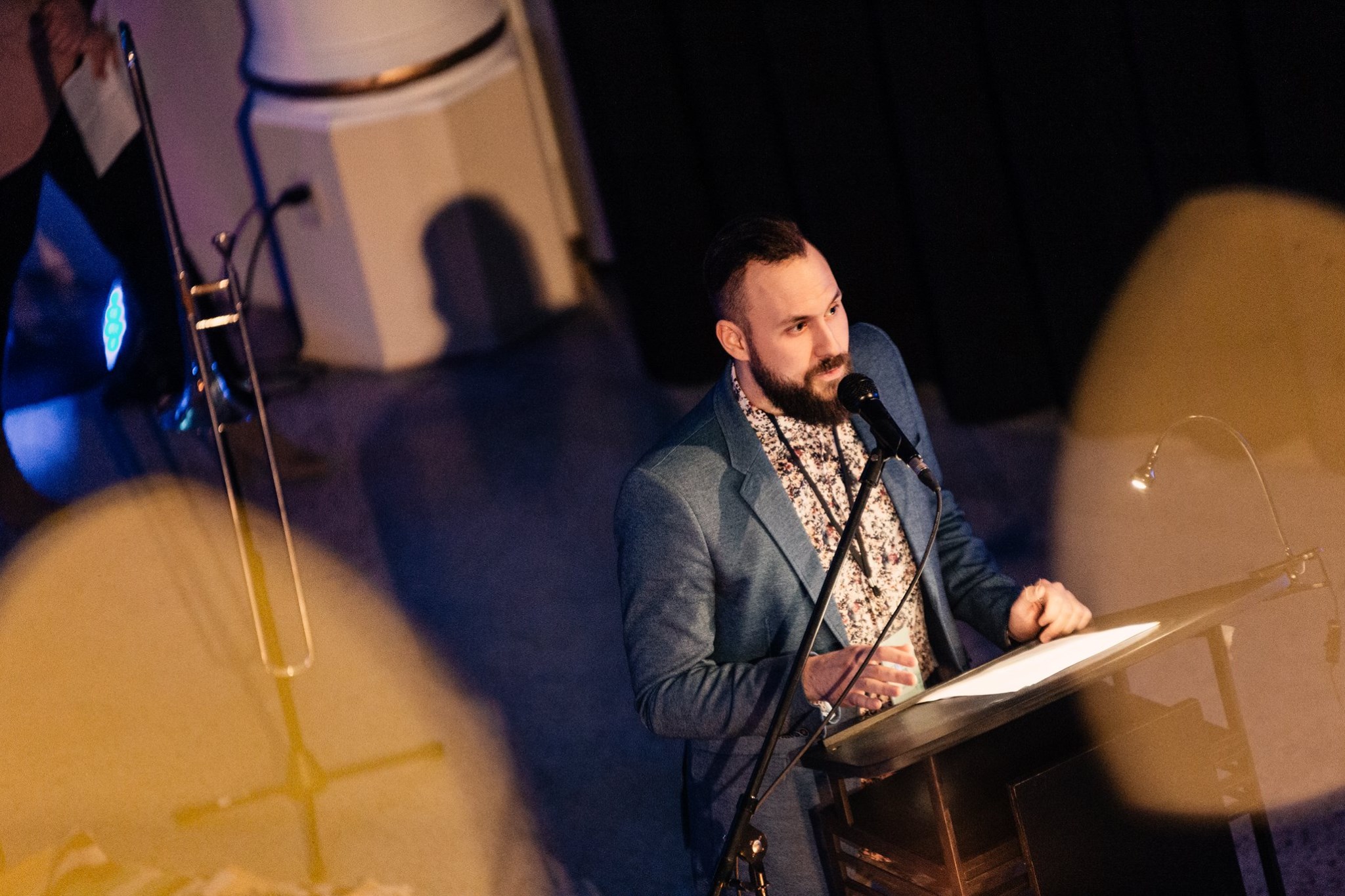 Speech during Jean-Simon's honorary presidency at the 2019 annual

For many years, Jean-Simon has offered his images free of charge to newspapers and NPOs working to defend endangered species in Quebec. His involvement in the Charlevoix woodland caribou cause has allowed him to give a face to these animals and to share images of these endangered animals with thousands of people. 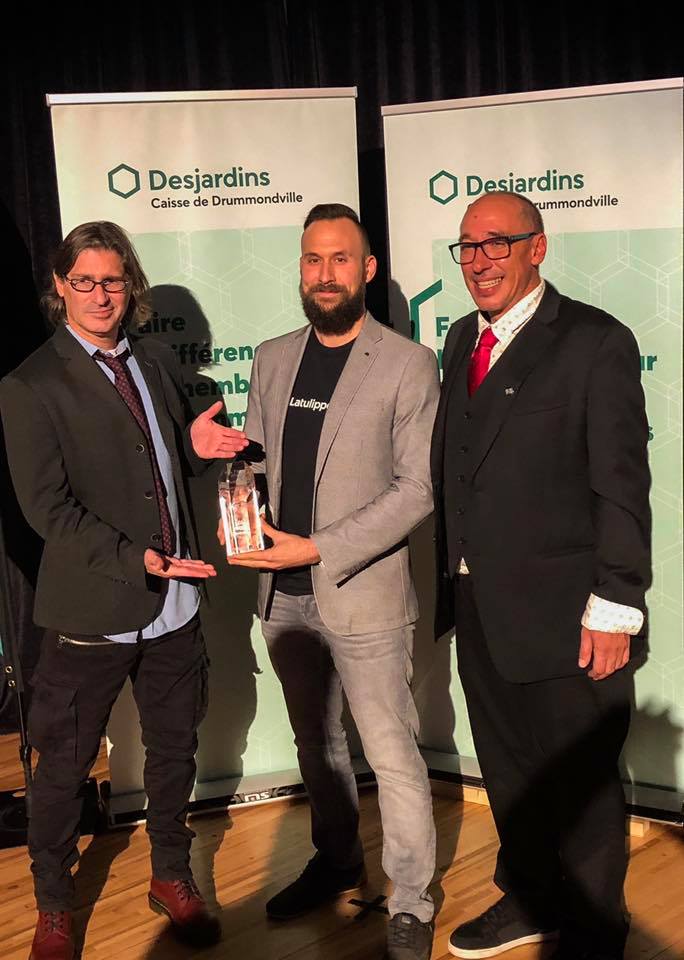 The photographer also gives conferences in schools to raise awareness of our local wildlife among young people. With his social networks, he reaches tens of millions of people annually. His career is just beginning and he has great ambitions for the future. As he likes to say, he will practice his two passions until his last breath. 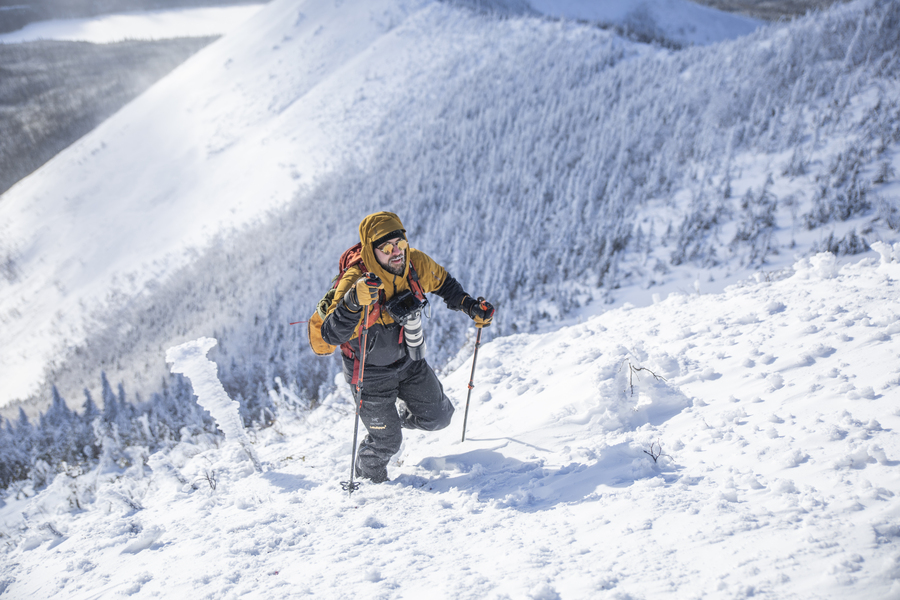 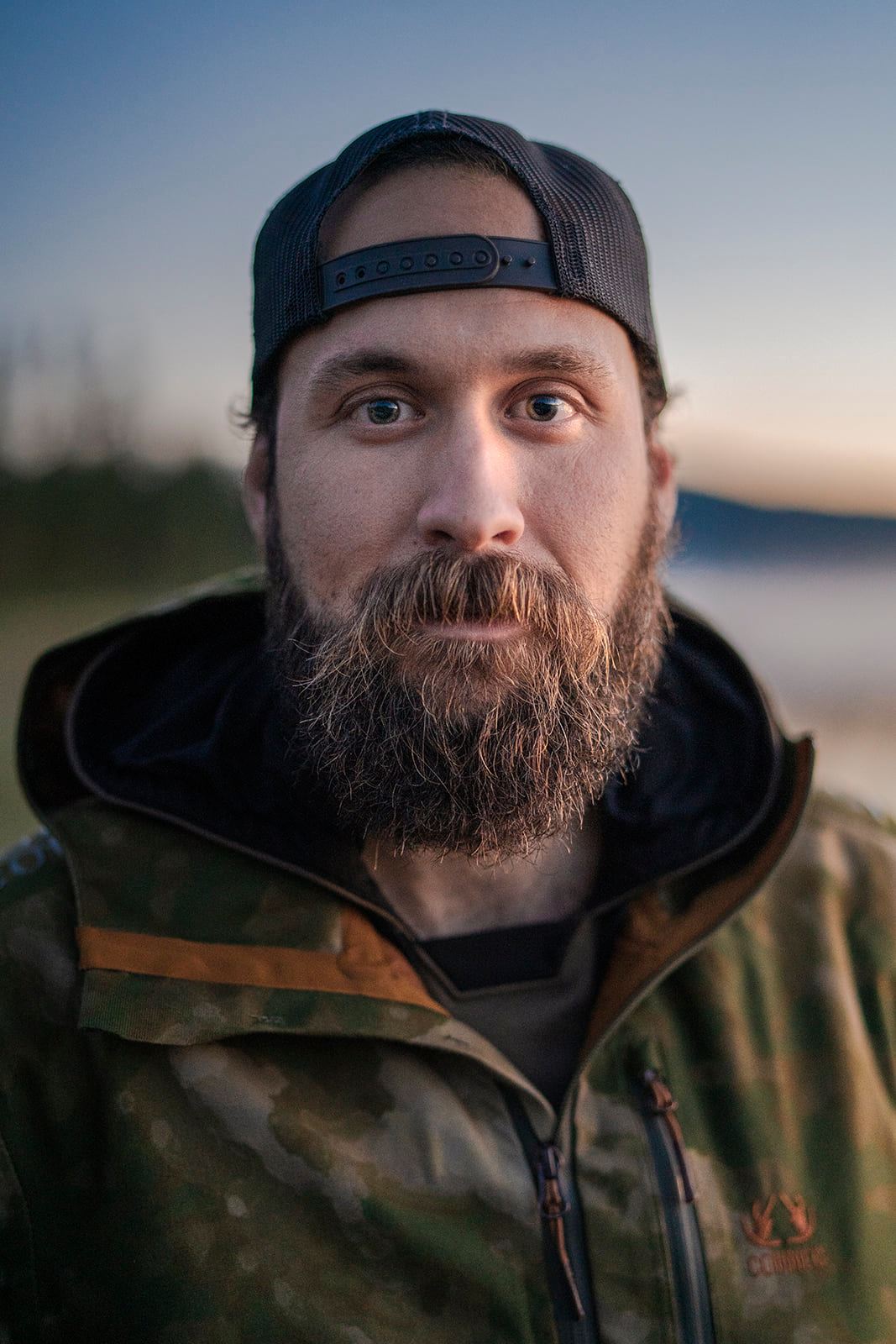 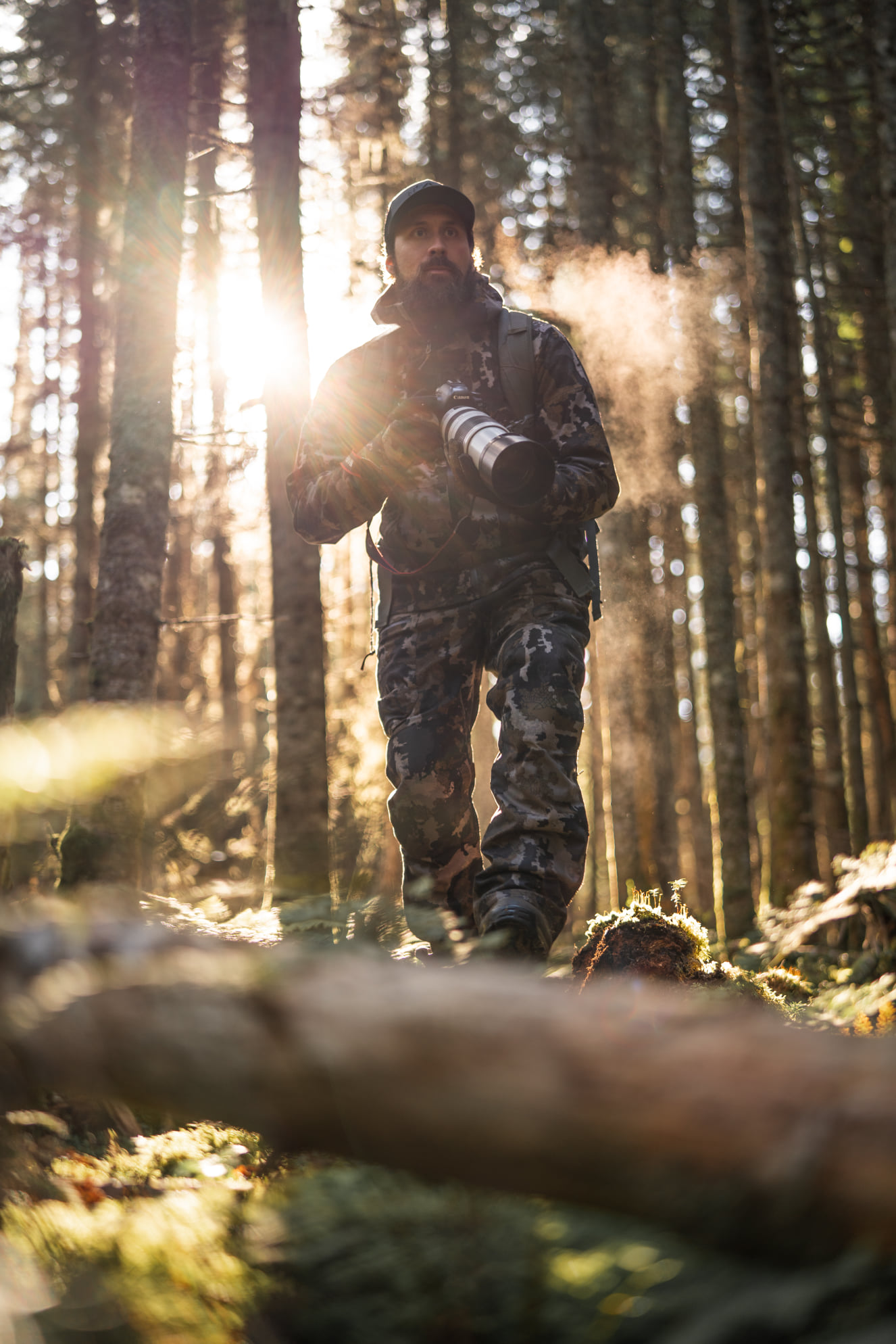 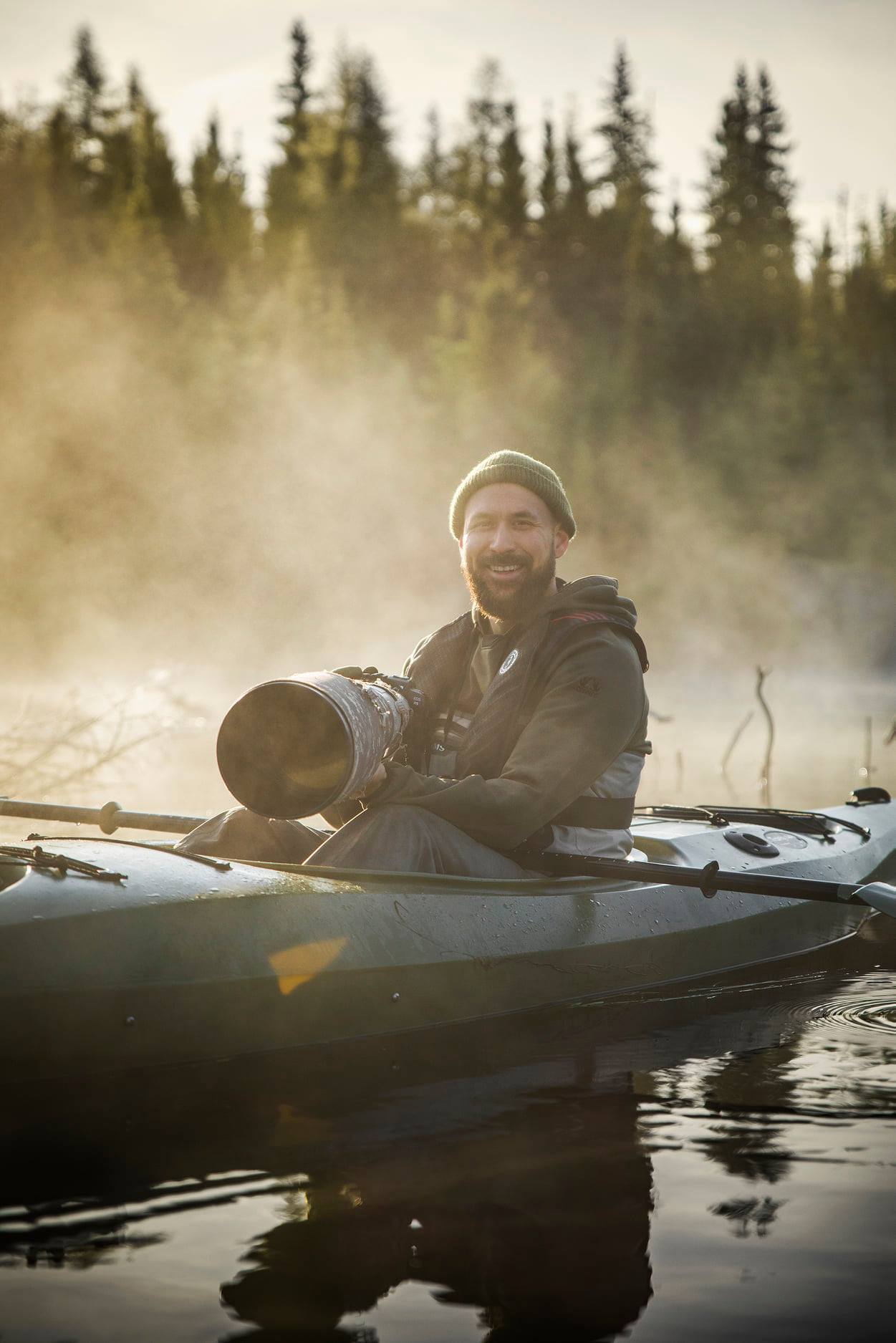 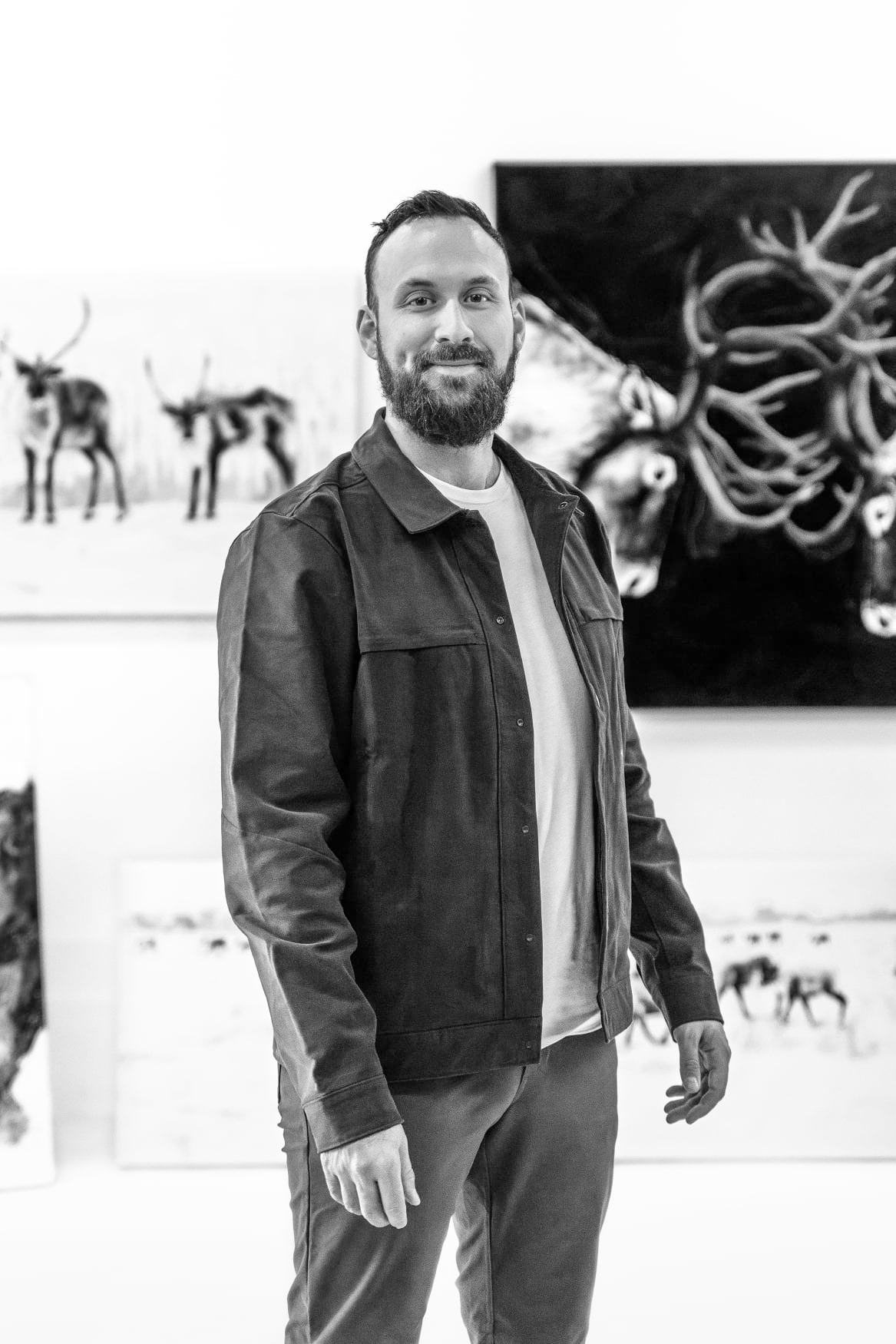 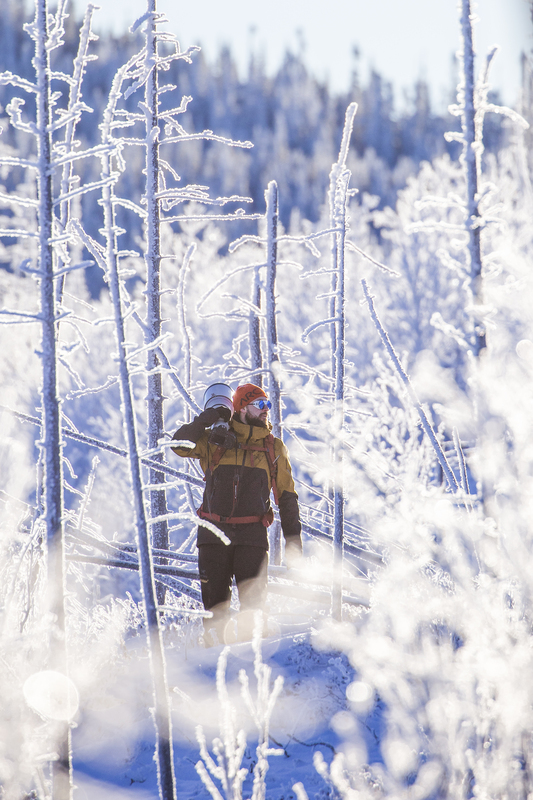 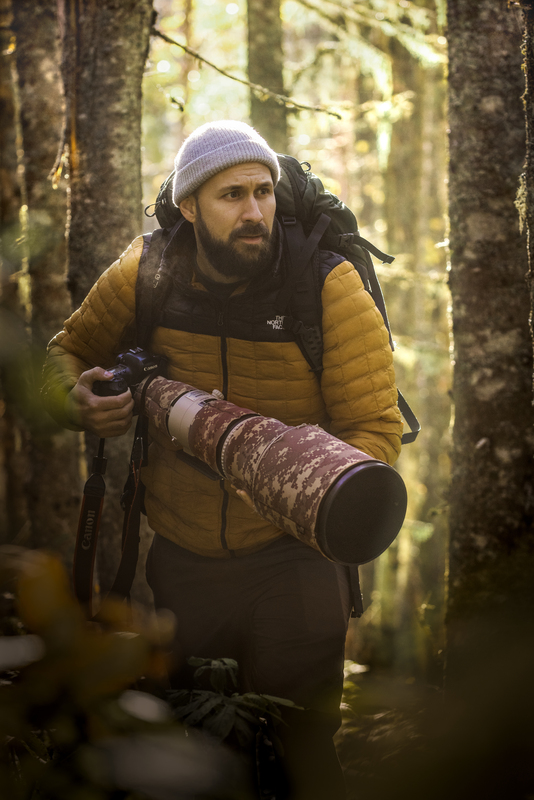 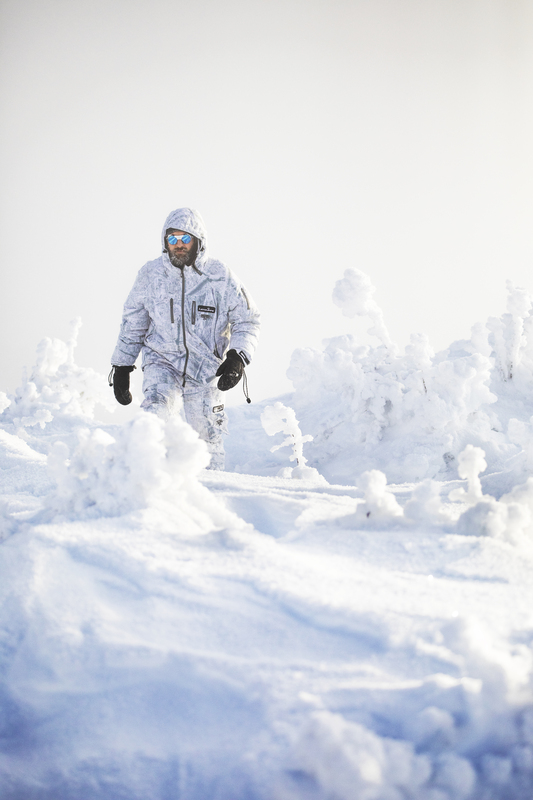 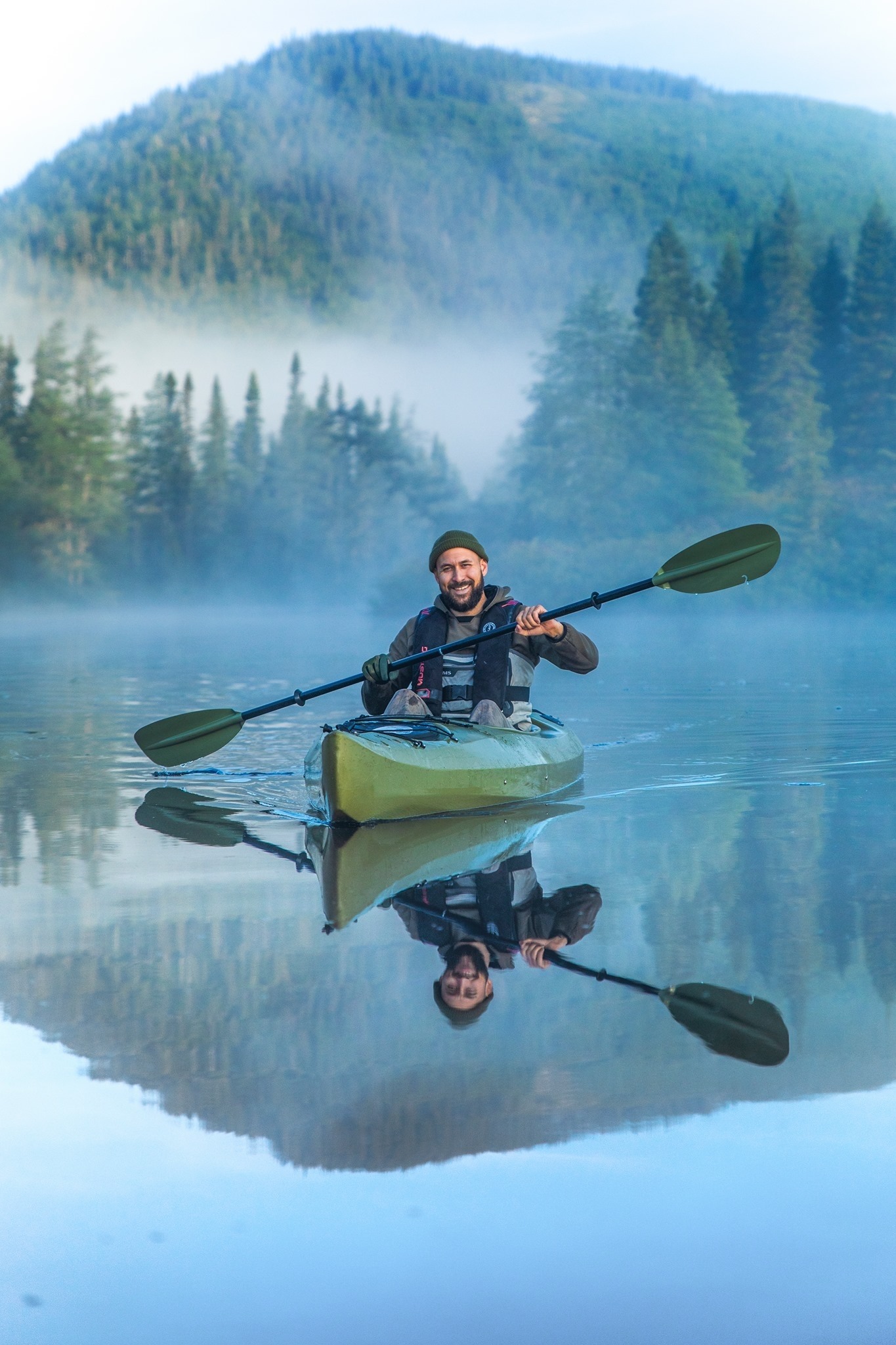 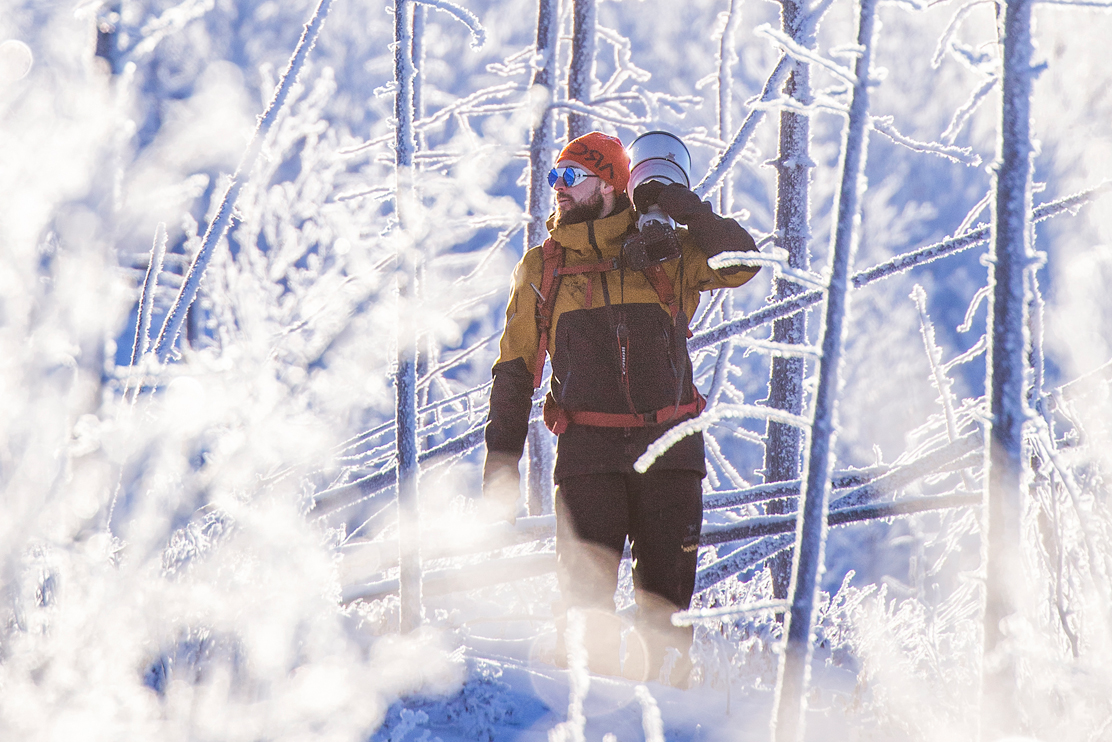